With a big statement like ‘Famous for Fairness’, CasinoFair is rocking a pretty solid tagline that promises players a secure and rewarding experience. This confident online casino is owned and operated by TTM BV, a company registered and licensed under the laws of Curaçao.

CasinoFair was established in 2018, and kicked things off making a lot of noise about being the most transparent, fair option for online players. This bravado is backed by the fact that the gaming platform is powered by the Ethereum blockchain, which offers provably fair gaming (more on this later). But talk is cheap and I prefer to deal in facts, so let’s dive into the details of this fun fair.

CasinoFair - What You Need To Know

ON THIS PAGE YOU WILL FIND
• Getting Started • 1,000 Free FUN Tokens • Games and Gameplay • Payment Methods • Customer Support • Final Verdict

Concept: A blockchain-powered online casino with a focus of fairness and lightning fast withdrawals

Currency: Accepts CAD (to be converted into Ethereum and FUN tokens)

If you’re a big fan of welcome bonuses set to wagering requirements then I immediately suggest you go elsewhere. CasinoFair welcomes new players differently, by offering something called the 1,000 Fun Bonus. That means players get 1,000 free FUN tokens just for joining up.

Unlocking these tokens, which are the currency of the site, requires players to sign up for a FunPass (we’ll get into the details of all this in the next section, so don’t worry if you’re feeling confused). Players are also encouraged to keep coming back to the casino by being awarded additional free FUN tokens each time they make a successful referral to the site.

CasinoFair doesn’t have the appeal of a huge games library. In fact it would be completely fair to say that it has a very small library — a mere bookshelf if you will. If you’re after live casino or a poker room, then you’ll be looking for a while. That being said, this is one of the rare occasions where that lack of variety isn’t necessarily an instant turn off.

The slots currently available are all great quality, with fantastic visuals and super soundtracks. You won’t get the same flashy special features as you do with slots from all the really big developers. That’s because CasinoFair uses an emerging platform that runs solely on blockchain. They’re still young and growing, and it takes a while to hit peak, but I have full confidence that they will.

If table games are more your thing then you’ll find an even smaller, yet still comprehensive, selection. Players are free to put their crypto to work on games like poker (in various styles), video poker, baccarat, roulette and hi-lo. A handful of instants are also available in the mix, adding in a tiny bit more variety to keep things interesting. All games are available in demo mode, allowing players the chance to try before they commit any tokens.

Now, you might be feeling like I’m giving these guys a too generous pass on a rather weak selection of game options, but there’s a reason for it. And that reason is FairChecker. This is a real time game tracker which runs during each game, showing players wins and losses as they happen. All this information is recorded on the blockchain, totally out in the open, so there can never be any debate as to the fairness of the game. Essentially, any form of cheating is driven out of gameplay entirely.

This where CasinoFair gets its ‘Famously Fair’ tagline from, throwing around phrases like ‘provably fair’. It may sound pretentious, but it’s definitely a fact.

CasinoFair only offers one deposit and withdrawal method, and this is available to all eligible players in the same way and at the same speed. Your MetaMask wallet holds all your funds in the form of FUN tokens and Ethereum (which can get converted to FIAT i.e. CAD at any time). This payment system means that there are no delays or partial payments. As soon as an amount is won, it’s available to the player instantly, no fuss, no processing time and no limits.

CasinoFair manages this huge feat because it runs on Ethereum’s smart-contracts, which manage all in-game transactions. Think of these like escrow, where the money is held independently until the result is determined, upon which the winnings are transferred instantly. The casino does not get involved at all.

As an online casino with a fairly fresh way of operating, players are bound to have lots of questions. This is compounded by the fact that the set up process is considerably more onerous and complicated than with other sites (see ‘Getting Started’ above). That means it’s really important for CasinoFair to have a solid customer support system in place, helping players to feel secure in what’s probably new territory.

They do this with Live Chat and a robust set of FAQs. True, you don’t have the option to talk things through over the phone, but that’s an option that’s dwindling across most online resources, so no points off there.

Decision time. CasinoFair is far from perfect in terms of what it actually offers players in the traditional sense. Those visiting are surely going to find the game catalogue to be lacking, and the site itself isn’t the most visually sophisticated.

However, if you’re the kind of player who’s looking for a new gaming home built on fair play then I urge you to take a second look. Yes, you’ll have to go through the process of converting CAD to Ethereum and the casino’s own FUN tokens, but you’ll also be gaining entry into the crypto market and making potentially lucrative investments at the same time.

CasinoFair’s tagline is probably a little premature, as the site is not yet well-established enough to be famous for anything. But they do have all the systems up and running to be a truly clean and transparent option for all players. And for this I tip my hat to their optimism and vision. Here’s to the future of online gaming — full speed ahead! 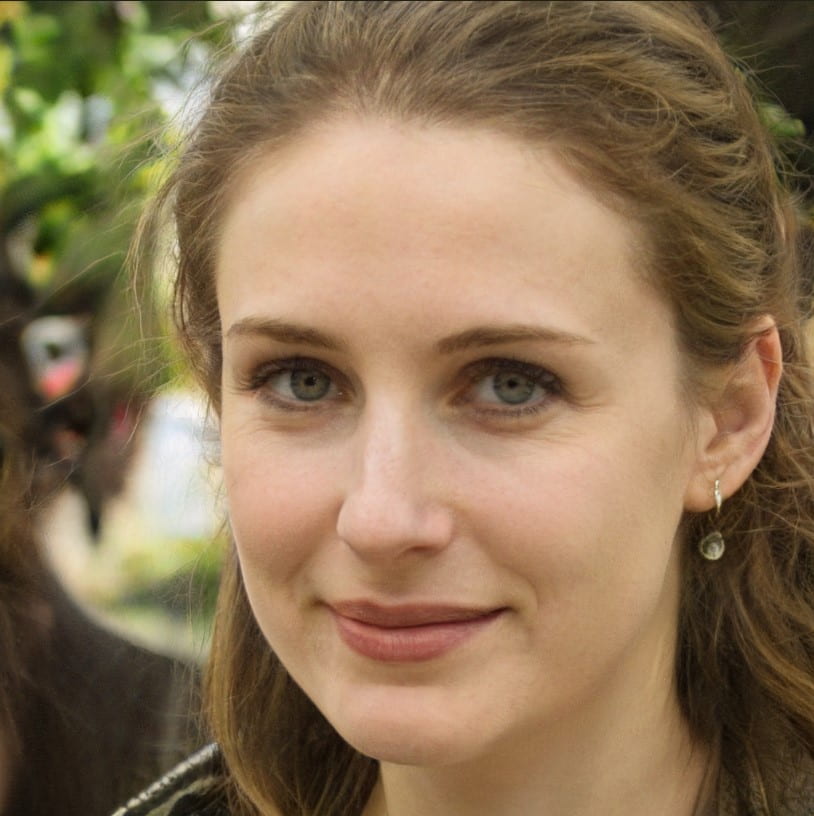 Marie Claire Graham - Review Author
This casino review was written by Marie-Claire Graham and is regularly updated to ensure that it contains the most current information. Have feedback or a hot tip for Marie-Claire? Get in touch at [email protected]