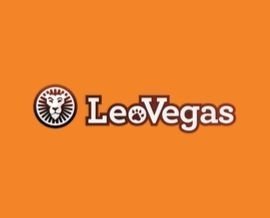 MGM Resorts International has launched a $607 million deal to buy LeoVegas in order to grow its online operation beyond North America. LeoVegas AB, which is traded also on Nasdaq Stockholm exchange, provides online casino plus sports betting services to customers in a number of European countries, and is now also licensed in Ontario. If authorised, the deal would hugely broaden the internet reach of the Las Vegas-based gaming giant. MGM maintains the BetMGM internet gambling trademark in the United States as part of a joint endeavour with British gaming operator Entain PLC.

In a conversation with the MGM Chief with the Wall Street Journal, Bill Hornbuckle mentioned that the success that BetMGM brought the company in the United States was a major source of hope to expand on the current digital gambling scene. The shareholders of LeoVegas have issued a public statement recently stating that they would accept or reject the offer somewhere between 3rd June and 30th August 2022.

What does LeoVegas have that MGM doesn’t?

The merger was brought forth by MGM in order to build a scalable fortune since LeoVegas possesses the following characteristics:

What is MGM Resorts?

MGM Resorts International is a worldwide entertainment organisation with regional and global sites that include world-class hotels and casino games, state-of-the-art gathering and symposium spaces, entertainment facilities, and a diverse range of diners, night clubs, and retail options. MGM Resorts’ array of Las Vegas franchises provides immersive, unforgettable experiences. It reported consolidated net revenues of $2.9 billion for the first quarter of 2022, compared to $1.6 billion in the previous year’s quarter, an increase of 73%.

BetMGM, MGM’s joint online venture with Entain, provides sports gambling and computer gaming in the United States through industry brands such as BetMGM as well as PartyPoker. The business is now pursuing focused diversification in Asia via the integrated property market in Japan.