+ PROSGemix has four different effects (Chain Lightning, Light Beam, Crystal Warp and Nova Blast) which each have a very profitable influence on the reels.The Crystal Meter can also get Super Charged, which automatically adds a 3x multiplier to any acquired wins.The three different worlds of the slot come with their respective and unique World Bonus. This World Bonus can really help you out with those win combos.

CONS -Gemix is only of medium volatility, not high. This means that it is unlikely to cash out big wins (frequently, at least).It takes forever and a decade to get through one world. It requires patience, and quite a bit of cash to get to third world.Gemix has no free spins - although the cascading structure does make up for this a bit. Still, no free spins.

Play Gemix for real money at these online casinos 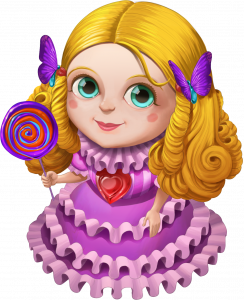 Gemix is designed in a very cartoon-like style. It kind of reminds us of the Smurfs original cartoons. The main characters of the story are a miner, a princess and a wizard. They have no real connection, other than they all belong to the same magical realm of Gemix. You'll start from in the world of the miner, move on to the world of the princess and finally rest at the world of the wizard.Each of the worlds comes with the character's own unique dwelling place (and bonus feature). The miner's place looks like, well, something out of Hobbiton. Predictably, the princess lives in a palace and the magician lives in a magical lair covered in crystals.It's pretty much in the name, but the Gemix slot is littered with gems. They're the lower paying symbols of the slot, and they decorate the style of the slot itself. Overall, it's a very cute theme. At the very least it's detailed enough to make us appreciate the artistry (despite the cartoon-like design). Gemix is a fun and entertaining slot to have a go on, and a true Play'n GO product with its great animated effects.

Gemix is a cascading slot based on a 7x7 grid. This is pretty similar to other Play'n GO slots, like Viking Runecraft and Reactoonz. But Gemix is like the OG of these types of Play'n GO slots.Although the players can't see it, there is one invisible payline. But the best part about the cascading structure is that a single spin can give you several winning combinations. This is because winning symbols are removed and replaced with new symbols in a single spin. 'Wins' are basically 5 or more symbols that land in a connected cluster.The winning combos contribute to charging up the Crystal Meter. Once the meter is fully charged and no more cascading symbols are left, the Crystal Charge effect will be activated. Once activated, it'll trigger one of four different features: Chain Lightning, Light Beam, Crystal Warp and Nova Blast. Once all the effects are over, the slot game will continue on normally.In addition to this, Gemix has three different game worlds as we've already discussed. Each world has 3 different patterns, and its own unique special feature. To find out more about all this, click on the accordions down below.

The above paytable is based on the highest bet amount ($100). As you can see for yourself, it's a very decent payout table especially considering the lower paying symbols. The volatility of this slot is medium, which means you'll get frequent small wins and rare big wins. It also has an RTP of 96.75% which is above the usual average of around 96%.We took this slot out for a few spins, and we were satisfied by the hit frequency of the special features. The Super Charge feature, especially, can really payout its worth. However, in order to get past three patterns per World, you need to invest a little time and money. Always know your limits when it comes to this stuff.The maximum exposure for Gemix is 451,350 coins. Impressive, and very attractive indeed. Who knows - maybe you'll hit it next time round.

100%
Overall, we can see why Gemix is a slot favorite among Canadian players - and players from all over the world. It has a ton of special features, and is very fun to spin even just to while away the time.We'd definitely recommend giving this slot a try. You won't regret it!
Play for Real at Rizk Casino