Mystery Reels (originally known as 'Mystery Fruit') is a game that provides one superb thing. A return to classic slot machine gaming. With a great look that harks back to the classic old days of slots, Red Tiger Gaming have created a game that will appeal to young and old alike.

With 5 reels and 20 paylines it has a classic mode right from the start. The wager range of $0.20 to $500 means that players who are on any kind of budget will be able to access the game to whatever level they like. The maximum payout of 5000 times your stake and the RTP of 96.24% means that Mystery Reels is a game that offers excellence for the player from the off.

+ PROSThe mystery symbol appearing out of nowhere can make a losing spin into a winner in no time.The RTP of 96.24% is one of the best available on the market.The Wheel Bonus is a great opportunity to hit those big wins, and also up the ante on the gaming dynamic.

CONS -The wheel bonus is hard to trigger so the best feature doesn't appear too often.The medium volatility means that the wins that do come around don't tend to be big ones.It could do with a few more features.

Play Mystery Fruit for real at these online casinos!

The graphics for Mystery Reels are excellent. With all of the classic symbols from slots gone by making an appearance. They look better than ever too. Each one has a modern sheen to it that almost glows as you play. The sounds add to this trip down memory lane by raiding the classic sound library and really dragging you into the atmosphere of playing a classic slot.

The background to Mystery Reels is a blurred image of what could be a Vegas casino. Taking you right into the heart of where most video slots were born it really helps to add to the atmosphere that the theme and graphics created.

Mystery Reels has a stripped back feel to it due to aiming for a retro look. That doesn't mean that it has decided to forgo all modern innovations and features though. Mystery Reels have followed the usual Red Tiger formula and added some innovative features to the base game to try and increase engagement. The first feature that appears on the Mystery Reels is named in a very similar fashion to the game itself.If you want to explore more about these special features, go ahead and click on the sections below. 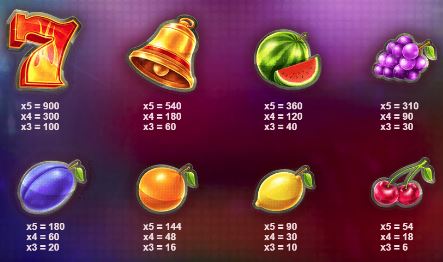 80%
Mystery Reels has a fantastic old school look to it that will unleash waves of nostalgia on players. That doesn't mean it looks dated, far from it. The graphics are sharp and bright and look great. The background gives a glimpse into a Vegas casino and helps to draw the player into the atmosphere that Red Tiger Gaming are looking to create. The gameplay in Mystery Reels is well executed and the wheel bonus feature is an innovative way of creating a free spins feature that is a little bit different. That being said it does suffer slightly from a lack of features and one or two more would make it a much improved experience.
Play for Real at Guts Casino