Concept: Duelz Casino is all about gamification, and making online gaming as fun and engaging as possible. With characters like the Wizard and the Enchantress going head to head in duels as you move through different lands, this is the ultimate gaming experience. Play to unlock treasure chests and get spells to win duels.

License: Licensed and regulated by the Malta Gaming Authority MGA. 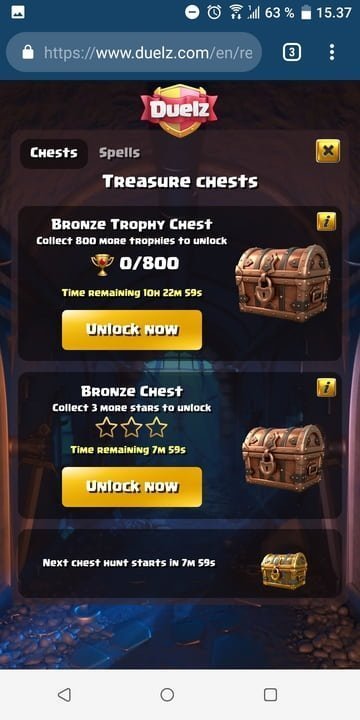 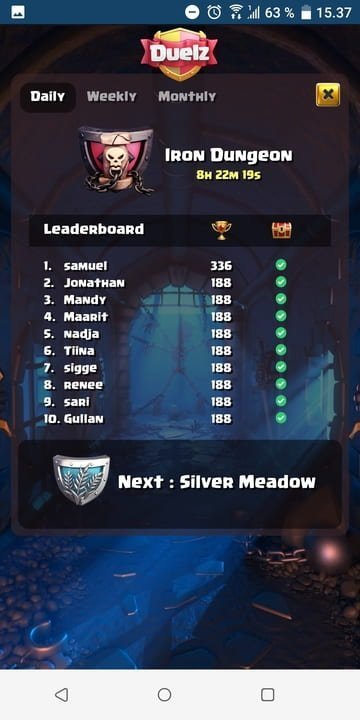 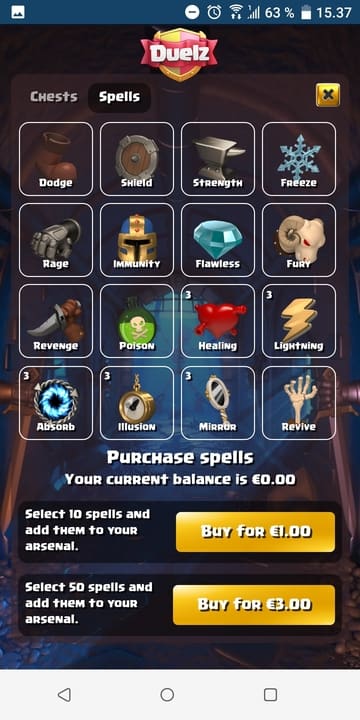 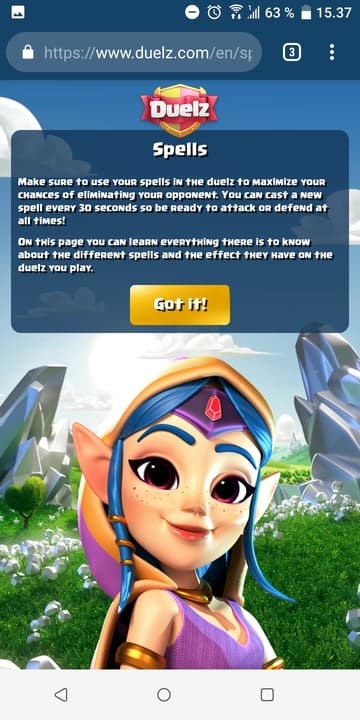 Duelz Casino sprouts from the same family as VoodooDreams Casino and NYspins Casino. And the family resemblance shows! All three casinos are incredibly innovative and creative in their approach to online gaming. Duelz even more so because it is a mobile-first design, meaning it is built primarily for mobile platforms like phones and tablets. You’ll find out more about this as you delve into the awesome gamification elements of this casino.

What the heck do we mean by gamification and what’s Duelz bringing to the table? Well, we’re about to tell you in this here Duelz Casino review. Scroll through and read up on bonuses, games, payments, wagering and all the other good stuff.

Onwards and upwards! Or, en garde! As dueling people might say.

Just like VoodooDreams and NYSpins, the Duelz welcome bonus is spread out over four parts.

Duelz Casino has a slot duels special feature, a part of the gamification that makes Duelz so special. After all, the face(s) of the casino are the Enchantress and the Wizard. With these two magical characters on their side, players will get to go head to head in a slot duels (that last around 10 minutes) so that they can level up and traverse across the different lands.

During Duels, players can cast spells every 30s. Be smart and strategic about what spells you use when, and you’ll soon master the art of the duel.

As you win more and more duels, you’ll also start progressing up the leaderboard league. If you manage to get to the top of this, there are even more prizes awaiting you.

Not only that, but the slots and table games come from popular providers like Microgaming, Yggdrasil, Quickspin and Play’n GO. They also have some of the smaller providers like Nolimit City. As for live casino, Duelz has a really generous Evolution Gaming range. This provider has only the best of the best when it comes to live casino games.

With so many awesome gaming providers under its belt, Duelz Casino has a lot of slots to take a few spins on.

Microgaming, for example, is behind slots like Lucha Legends, Romanov Riches and Wicked Tales: Dark Red. Not to mention some real classics like Immortal Romance, Stash of the Titans and Break da Bank. Play’n GO and Yggdrasil also aren’t to be left in the dust with slots like Street Magic, Rise of Olympus, Hanzo’s Dojo and Penguin City.

Duelz keeps its lobby up to date with all the latest in slot games, which is a plus for slot enthusiasts always looking for the next new thing.

Of course, Quickspin is also a massive favorite with its simplistic yet lucrative products. We’re talking slots like Big Bot Crew, Northern Sky, Eastern Emeralds and Pirate’s Charm. And the smaller, less well known Nolimit City is behind quite a few successful slots like Dungeon Quest, Wixx and Tesla Jolt.

Basically, there’s a lot you can choose from here.

When it comes to table games and live casino games, Duelz Casino has everything a table gaming enthusiast might want.

With regards to table gaming, players can take a seat at roulette tables, blackjack tables, baccarat tables and many more! Those are just the basics. There are others to stock up the lobby as well.

Duelz Casino also has Evolution Gaming on its side. Players will be able to play Dream Catcher, lightning roulette, speed baccarat and all the other usual live roulette, live blackjack and live baccarat variations. It’s all top-notch quality stuff.

Duelz Casino also has the big buck slots from Microgaming. This includes titles like Mega Moolah, and King Cashalot. Mega Moolah is known as the millionaire maker for a reason! And that’s because it makes people into millionaires literally overnight.

Another provider that can claim the same level of payouts (if not more) is NetEnt. Thanks to jackpots like Mega Fortune Dreams and Hall of Gods, among others, NetEnt has made many a people into a very happy camper. That’s putting it lightly! One spin, and boom – you’re packing millions in your pockets.

Aside from this, Play’n GO and Yggdrasil also have some smaller scale jackpots like Leprechaun Goes to Hell and Holmes and the Stolen Stones. These are super fun for some more casual play, but with the added plus of massive wins anyway. Best of both worlds!

Duelz Casino is a contemporary casino which uses HTML 5 coding – and supports a lot of games which are built using HTML 5 coding. This means that both the casino interface and the games themselves translate smoothly onto mobile platforms like phones and tablets. But, Duelz isn’t just a contemporary casino with HTML 5 coding. It is built to be mobile-first. This means that it actually works way better on mobile than on desktop, although you can still access the casino on both. So for all the players out there who like to hit up their casino account on-the-go: Duelz Casino is the absolute perfect choice for you!

Of course, there will always be some exceptions. Microgaming’s old games (and even current ones) still use Flash. This will make it a bit trickier to play on mobile, but you’ll just need to have Adobe Player on your mobile device and you’ll be good. Otherwise, Duelz on mobile is efficient and frustration-free to use.

Duelz Casino has plenty of banking options to choose from. For international players and then specifically Canadian players alike.

So far, this is what Duelz offers in terms of payment methods:

From this entire list of payment methods, by far the most important are ecoPayz and Interac. This makes banking at Duelz Casino really fast and convenient for our Canadian players, plus it shows a certain level of commitment to the CA player.

Aside from this, Duelz Casino has really fast withdrawal speeds, under 6 hours. This makes it a fast paying casino, as it has a round-the-clock payments team to approve those transactions to make your withdrawals that much smoother.

While it might seem insignificant, customer support is a crucial aspect of any online casino service. If your withdrawal is taking a little longer than usual, if the free spins you got aren’t working – you want to know there’s someone there who’ll help you out. That’s why we’re really glad to see that Duelz Casino takes it seriously too.

We’re talking round the clock, 24/7 customer support on call to help you out. Canadian players won’t have to think about time-zone differences when setting up an account with Duelz. This casino has you covered.

Duelz Casino offers an incredibly engaging casino experience for any player that decides to sign up. With over 700 games to pick and choose from, all brought to you by awesome gaming providers, and being able to battle it out with other players: the Duelz experience is one you’ll never get bored of.

Aside from that, Duelz clearly has the Canadian player’s best interest at heart by making sure to offer ecoPayz and Interac as banking options. That, coupled with other features like solid customer support services and Treasure Chests makes Duelz a top-notch casino.

Go on, head over to this mobile-first casino and start dueling today! You know you want to.

This page was written by Geraldine Nguyen and is regularly updated to ensure that it contains the most current information. Have feedback or a hot tip for Geraldine? Get in touch at [email protected]