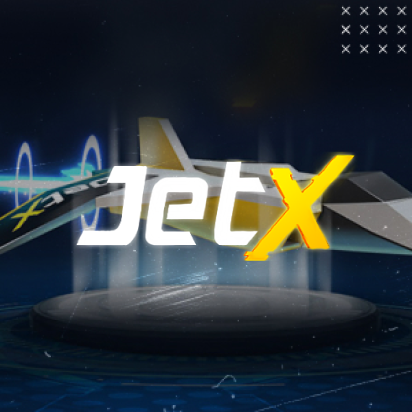 No strategy involved - it's all random

JetX is a fun and popular crash game of luck and chance. Designed and developed by the Georgian software company SmartSoft Gaming, JetX’s innovative genius is in its simplicity. It doesn’t involve any spins at all – rather, the goal of Jet X is to get out of the jet before it inevitably explodes.

Join us as we take a closer look at the game of Jet X and other crash gambling games – rules of play, features, dynamics, the highest level you can reach, conditions of play, and strategies so you can give it a go or improve your gameplay in your next gaming session!

JetX is a crash gambling game that was released in 2019. It falls under the aircraft theme and it has a simple game mechanic with excellent replayability. This makes it a great choice for both new and experienced players. It also has an arcade design and style, with relaxing and whimsical music playing in the background. In fact, the game’s set-up is similar to the Atari games and other classic games that were released in the 80s. This is likely to add a nostalgic feel for most players.

The game of Jet X is very simple. All you have to do is place a bet or two and wait until the round begins. As the play starts going up, you have to jump out of the rocket jet before it explodes by clicking the ‘Collect’ button. Your winnings are equal to your bet times the multiplier.

How to play Jet X

JetX features a rocket jet that takes off from the runway and flies upwards into space. The twist? The rocket will explode at an unspecified point in the rocket’s trajectory.

Jet X crash game brings together scores of players and each player can see other players’ bets and actions in the game’s side panel, bringing a social aspect to the gameplay.

That’s the core concept, and the developer has made the game interface very intuitive and easy to use. Here’s how to place a bet and cash out your winnings:

How to Win at JetX

JetX is a crash game of pure chance and luck. The dynamics are based on a Random Number Generator (RNG), which pre-determines at which point the jet will explode, meaning there’s no way to predict the outcome of any given round. Given the popularity of this crash game and many others like it, many people claim they’ve hacked the game or found a foolproof winning strategy, but there’s simply no way this is possible on the legitimate and authentic JetX crash game.

With that said, there are some strategies you can use to manage your bankroll and statistically increase your chances of cashing out before the jet explodes over several game rounds. Let’s look at these up next.

What Is the Best JetX Strategy?

Similar to slots and other games of chance, JetX wins are based on pure, random luck. With this in mind, many players like to use the strategy of selecting a basic bet amount and multiplier goal and letting the game run on autoplay. This strategy should only be used by players with a lot of money to deposit and a decent bankroll and it’s unlikely to be successful over just a couple of rounds.

So if you’re a low roller looking to try your luck on a few runs without breaking the bank, we suggest the strategy of betting high on low multipliers and betting low on high multipliers. This involves players making reasonable bets that are as high as they are comfortable within their budget and collecting winnings as quickly as possible and as close to the 1.35x multiplier minimum. In most games, the jet explodes very quickly (sometimes even before it takes off!), so securing your winnings as early as possible, consistently, could result in some decent winnings.

Then, we suggest you bet low on rounds where you would like to tempt lady luck in the hopes of having the jet climb up to a high multiplier. For some players, the risk is worth it, as if the jet makes it up to space, there’s the chance of landing a jackpot bonus win .

What’s the Maximum Amount You Can Win Playing Jet X?

In theory, there’s no specified maximum amount that can be won, so players can win an unlimited amount in any single round, depending on how high their stake is. Of course, this is extremely unlikely to ever happen due to the nature of chance and probability, so bear that in mind before placing a high bet with the goal of landing a big win.

If you’re a Jet X fan and other crash games, you can benefit from some exclusive JetX bonuses at a number of online casinos.

To take advantage of this bonus at Cbet.GG, make a deposit of $10 using one of the deposit methods available in your player account in the Deposit tab. Then, enter the code DISCOVER within the hour that your deposit has been credited and enjoy your free flights!

For this promotion, winnings are withdrawable up to a maximum of $150.

This exclusive bonus works best for those who only want to play JetX. When you deposit at least $10, contact the CBet live chat support, available from 8am to 2am CET – that’s 2am to 8pm Toronto time – to get your bonus credited and doubled – exclusively for Jet X play.

Tips to Be a Successful JetX Player

If you’re trying your luck on JetX or other crash ganes anytime soon, here are some tips to keep in mind:

Jet X is an exciting game that’s incredibly simple to grasp, which is the reason for its immense popularity. In fact, the premise is so simple you may wonder how nobody’s come up with a game like it before. It’s easy to make small wins that quickly add up while playing this game, but it can also be really easy to lose it all if you’re stricken by a fit of overconfidence. Remember that this game is totally random – all you’re in control of is how much you bet on it. We recommend this game for players who are looking for some low effort thrills – keep an eye on your bankroll and enjoy the ride!

What is a crash gambling game?

Crash gambling is a new gambling game experience that is linked to cryptocurrencies. Crash games like Jet X are designed to mimic trading so the aim for players is to create lines that keep ascending thus increasing their winnings. However at some point like in trading the line will “crash”, and this creates a loss

What are the rules of Jet X?

JetX has simple rules like most other crash games. Players place their bets, and the goal is to jump off the rocket jet while it’s still flying, but before it explodes. As the jet goes up in altitude, the multiplier, and potential win increase. Jump out before the jet explodes and you’ll collect your winnings. Fail to do so, and you’ll lose the bet.

Is Jet X available on mobile?

Yes, this game has been optimized for use on any mobile, tablet or desktop device.

Where can I play JetX for real money?

You can spot the Jet X logo at plenty of casinos including CBet, 22bet, Parimatch, 1Xbet, 1Win Casino, and many more. All of these are casinos where you can play Jet X for real money rewards.

Can I play Jet.X for free?

Can I play Jet-X in Canada?

Yes, JetX and other crash games are available to Canadian players via the casinos listed on this page.

What is the Jet-X jackpot?

The JetX jackpot is a key feature of the game. The jackpot consists of 3 levels. As the game progresses and the jet flies upwards, it passes through three levels named Planet, Galaxy, and Space. Each of these levels has bonuses attached to it in a form of jackpots.

Can you play JetX at any other casino besides CBet?

JetX crash game is available in other casinos aside from CBet, such as 22bet, Parimatch, 1Xbet, 1Win Casino, and some other brands.

Can you play Jet X with crypto?

As long as the casino where you’re playing Jet X accepts cryptocurrency deposits, there’s no reason why you shouldn’t be allowed to bet on JetX with crypto.

JetX has become super popular on Reddit thanks to players sharing their experiences and wins on the game. Since the multipliers can go up to very high amounts, successful players are often eager to share their results. Players also use Reddit to discuss odds and strategies, adding a social aspect to the game experience.